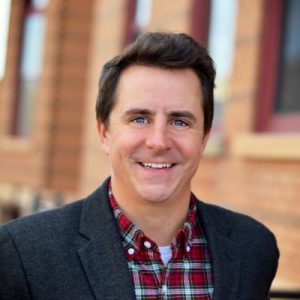 “The Attorney General has a special obligation to follow the laws and protect the public,” said  Mortenson. “Jason Ravnsborg’s actions and statements related to the death of Joseph Boever breached  those obligations to the people of South Dakota, and he should be removed from office.”

Article XVI of the South Dakota Constitution grants the House of Representatives the sole authority to  bring an impeachment action against a state official like the Attorney General. The resolution included  two separate Articles of Impeachment, one concerning the crimes and misdemeanors that caused the

death of Joseph Boever on September 12, 2020 and one concerning the statements and actions of Jason  Ravnsborg in reporting the crime and the resulting investigation.

“This isn’t about party or politics. It’s about doing the right thing for South Dakota,” said Peterson. “We  must hold our elected leaders to a high standard. In this case, the Attorney General has failed to meet  that standard, and we owe it to the people to bring these Articles,” Peterson added.

“What happened was a tragedy for all involved,” said Smith. “However, that cannot deter us from  fulfilling our duties. The Attorney General has lost the confidence of the people of South Dakota, and he  should be removed from office for the betterment of the state.”

Following is a statement from Rep. Will Mortenson (R-District 24)  on Filing Articles of Impeachment:

“Earlier today, I filed a Resolution including Articles of Impeachment calling for the removal of Attorney  General Jason Ravnsborg from office. The decision was unpleasant and the situation is truly tragic, for all  involved.

The filing followed months of consideration and advice. Ultimately, I felt that while the charging decision  may have been correct, the Attorney General owes a higher duty to the Laws of the State of South Dakota  and the People of the State of South Dakota. In his actions on the night of September 12, 2020 and  following the incident, Attorney General Ravnsborg breached that duty and has lost the confidence of the  people of South Dakota. When that happens, I believe the legislature has an obligation to exercise its  constitutional authority to remove him from office.

There are several aspects that I’d like you to know about the decision.

In Washington, DC, they use impeachment to further political agendas and carry out partisan missions. In  South Dakota, we should only use this in grave circumstances. In this case, a state official caused the death  of a citizen and failed to comport himself in the standards we expect following the incident. Our state has  never had such an occurrence, where the elected official refused to resign. In short, this is clearly an  exceptional case.

Finally, the Attorney General is a member of the same party as me and I know him. Those facts cannot  dissuade me from making this decision. We need to put principle and our people ahead of politics or our  party. In South Dakota, the fact that we are in the same party means that my colleagues and I have had a  lot of opportunities to spend time with Attorney General Ravnsborg. That makes this a very uncomfortable  exercise, and I would ask that all members are afforded grace in their decision-making.”