MANHATTAN, KS – Leasing or buying is often the debate that people have when deciding on their next vehicle to drive. Many in the agricultural community also enter arrangements to lease pastures, farm ground and — sometimes — even cows, according to the experts at the Kansas State University Beef Cattle Institute.

“Whether it is leasing cows or pasture, it is important that the arrangement is fair and equitable for all parties involved,” said K-State agricultural economist Dustin Pendell on a recent Cattle Chat podcast.

Pendell said there are three steps that cow-calf producers and land owners need to work though from a cost-standpoint prior to setting up an arrangement.

Know how these costs are going to be allocated to the respective parties.

Regarding revenue, Pendell said those dollars also need to be shared on an agreed percentage basis. He pointed to the agmanager.info website from K-State’s Department  of Agricultural Economics as a resource on how to set up these agreements. 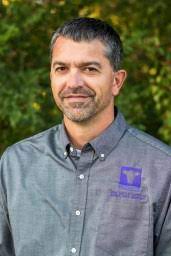 In addition to a temporary leasing arrangement, veterinarian Bob Larson said that he has observed many successful lease-to-own arrangements in operations where there is a generational shift.

“If there is an older cattle producer who still has the land but wants to reduce the labor involved with cattle production, there are options to involve a younger cattle person who can provide the labor in exchange for an increasing ownership percentage of the cows over time,” Larson said.

Regardless of the arrangement, Pendell stressed the importance of putting the contract in writing.

“Spend the time upfront thinking through all the costs and incomes, including cull cow incomes, and then get everything documented,” he said. “If something happens down the line and you need to terminate the arrangement, you have it in writing and it is much easier than if it was a verbal agreement.”

To hear the full discussion, listen to the Cattle Chat podcast online at bit.ly/3MrQZf5.