Cattle market reform bogged down, “silver bullet” to be introduced next week

WASHINGTON, D.C. – Unintended consequences. That’s what will happen if a cattle market reform compromise reached last week is passed by the U.S. Senate Ag Committee, according to a letter sent by R-CALF USA.

The organization is asking the committee to reject S.3229, the “Cattle Market Price Discovery and Transparency Bill.” It would establish regional mandatory minimum thresholds for negotiated cash and grid trades based on each region’s 18-month average negotiated cash 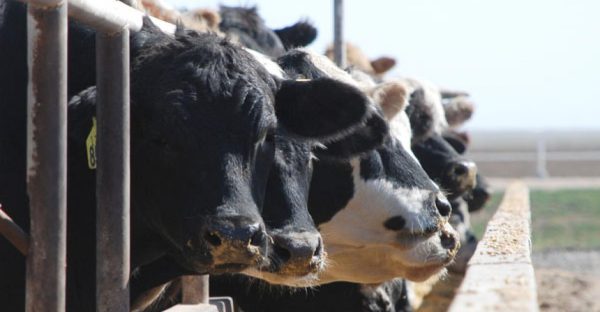 But R-CALF USA is asking the Senate Ag Committee to take no action on S.3229, “pending the conclusion of our class action antitrust case and/or the conclusion of the U.S. Department of Justice’s investigation into the nation’s largest packers. Those outcomes would potentially cause or have the effect of a congressional sanctioning of the current proportion of cash versus non-cash purchases. Unfortunately, this is precisely the unintended effect that S.3229 would have,” the letter states.

Instead, R-CALF USA has partnered with Senator Cory Booker (D-N.J.) and Representative Ro Khanna (D-Calif) on another new bill, the “Protecting America’s Meatpacking Workers Act of 2021.”

Bullard calls it the “silver bullet” that is needed to make comprehensive changes in all aspects of the market, framing it as the 2021 version of the 100-year-old Packers and Stockyard’s Act. “It addresses the single, most dangerous threat to the competitiveness of the industry and that’s the use of these unpriced contacts that give the packers the ability to leverage down domestic cattle prices,” he told Brownfield Ag News.

The new Act would prohibit formula contracts that require cattle sellers to commit cattle to a packer without knowing  the base price the packers would use for determining the value of their cattle. The Act accomplishes this by requiring any contract that requires delivery of cattle more than 7 days before slaughter to contain a base price that can be equated to a fixed dollar amount.

The new Act would also:
Ban the nation’s largest packers from owning and feeding cattle more than 7 days before slaughter.

R-CALF USA is encouraging cattle producers to support the new Act. “This is a preferred substitute for the spot market protection bill, S.3229,” says Bullard, adding,  “which fails completely to offer any meaningful market structure reforms.”

The “Protecting  America’s Meatpacking Workers Act of 2021” is expected to be formally introduced next week.