WASHINGTON, D.C. – A coalition of agricultural organizations, backed by funding from a handful of foundations, has formed a new group to champion the creation of a voluntary USDA climate change program to pay farmers $100 an acre or more to apply conservation practices on their farms. 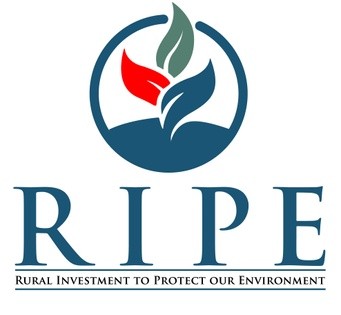 Calling themselves Rural Investment to Protect our Environment (RIPE), the group seeks minimum $100 per-acre payments under what they call the RIPE100 plan that would “reward farmers for the total public value of their conservation practices.” Going beyond carbon sequestration, the group said, “the voluntary federal program would pay for improved soil health, cleaner water, biodiversity and other environmental services.”

The group’s proposal seeks a new USDA conservation program with new funding for their proposed program.

“This is a first-of-its-kind policy that will help farmers invest in environmental improvements while mitigating the risk of implementing a new practice,” said Brandon Hunnicutt, RIPE steering committee chair and Nebraska farmer who is active in state and national commodity associations.

Looking at current carbon market payments, which average about $15 for a ton of carbon sequestration, RIPE makes the case that farmers should be paid more money to implement climate-smart conservation practices. Climate policies increase input costs, the group stated, and current incentive payments do not cover the costs of implementing practices to lower emissions and sequester carbon. A $100 per-acre price floor — or $100 per-animal unit — would reflect the public value of conservation practices, RIPE stated.

To put the $100 an acre plan into context, if USDA were to create a new program and enroll 100 million acres, it would cost more than $10 billion annually.

Currently, the conservation language in the House budget reconciliation bill called for increasing spending for $28 billion through 2030, or a boost of about $3.5 billion a year. Among the proposals in the bill is a plan that would pay farmers up to $25 an acre to plant cover crops. However, as Democrats in Congress negotiate the overall size of the reconciliation bill, the conservation proposals could be pared down.

The organization is advancing the policy plan, that will ensure that climate policy does not negatively affect farmer profitability. RIPE payments would surpass the full cost of practice implementation and input cost increases from climate policy.