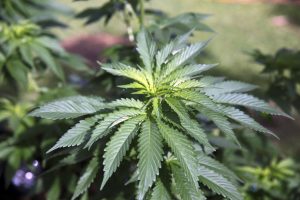 g today solidifies the protections that were sought in the previous passing of Amendment Z.” Sheriff Thom continues, “It is an honor to defend our state cons

titution, and I appreciate the judge ruling in our favor today.”

“I am pleased with the court’s decision today, though I realize that the Supreme Court will likely have the opportunity to address our constitutional concerns on their merits,” says Col. Miller.

The plaintiffs’ arguments focus on the unconstitutional drafting and proposal of this issue as a constitutional amendment. First, they cite this clause in Article XXIII Sec. 1. of the South Dakota Constitution: “A proposed amendment may amend one or more articles and related subject matter in other articles as necessary to accomplish the objectives of the amendment; however, no proposed a mendment may embrace more than one subject.”

Given that this matter faces additional litigation given the likelihood of an appeal to the South Dakota Supreme Court, neither Sheriff Thom nor Col. Miller will be making further comment.