South Dakota joins others in challenge to California’s Proposition 12

Prop 12 bans the sale of pork and veal not raised according to California’s production standards. Julie Anna Potts, CEO of the Meat Institute said that, “If California is allowed to apply its laws to conduct in other states, a single state will dictate policies in all others, encouraging a patchwork of regulations and threatening the free flow of interstate commerce.” 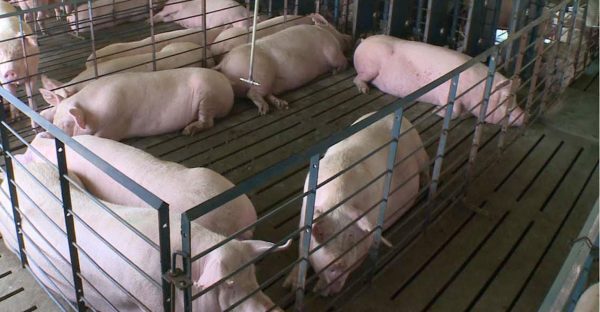 In the brief, the state’s said that, “It (Prop 12) freely permits California to impose regulations directly on out-of-state commercial conduct and thereby fosters inconsistent state regulatory obligations and enables tit-for-tat state regulatory conflict,” the States said in the brief. “The ultimate result may be transformation of America’s current integrated national market into a patchwork of regulatory regions.”

The Meat Institute filed a petition in February for a writ of certiorari asking the Supreme Court to review an earlier ruling of the U.S. Court of Appeals for the Ninth Circuit in the Meat Institute’s challenge to the constitutionality of California’s Proposition 12: The Farm Animal Confinement Initiative. The Meat Institute says it opposes the law because it is unconstitutional and will hurt the nation’s food value chain by significantly increasing costs for producers and consumers.

According to NAMI, the question in the case is whether the U.S. Constitution permits California to extend its police power beyond its territorial borders by banning the sale of wholesome pork and veal products sold into California unless out-of-state farmers restructure their facilities to meet animal-confinement standards dictated by California.

The Montana Farm Bureau Federation, applauded the State of Montana for joining the states that filed the brief. MFBF Executive Vice President John Youngberg commented that, “Montana Farm Bureau is pleased to see that these 20 states, including Montana, are challenging the ability of one state to dictate the practices of another state. Farmers and ranchers have enough trouble trying to produce commodities that meet the latest marketing whim of the consumer without having to deal with a patchwork of regulations from states who have no idea of production agriculture methods across the nation.”

Montana Attorney General Austin Knudsen, who was raised on a ranch in eastern Montana, explained why the State of Montana supported NAMI and agreed to file the amicus curiae with 19 other states. “Farming and ranching are ways of life for thousands of Montana families and irreplaceable pieces of our economy. Californians who think chocolate milk comes from brown cows don’t get to tell Montana ranchers how to raise their animals,” said Knudsen. “Our agriculture producers deal with too many regulations as it is without California trying to extend its power into our state. The U.S. Supreme Court should recognize the unconstitutionality of Prop 12 and strike it down.”